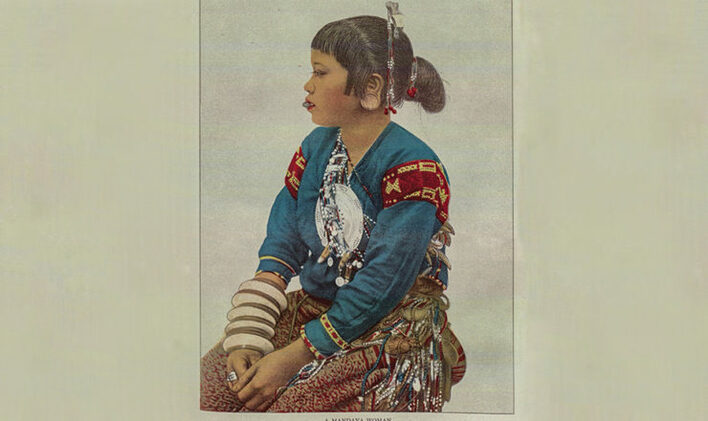 The pre-Spanish era of Davao Oriental, that is before 1521, is marked by a very primitive way of life, worship, culture, customs and traditions. Davao Oriental is populated by the Indigenous people since time past before the coming of the Muslims and the Christian Spaniards.

They were known as Mandaya, Mansaka, Mamanua, Manobo, Mangguangan, Tagacaulo and Kalagan or Kagan. They were situated near the shores of the Pacific Ocean, some near the rivers, while others were in the forests. The river basin became their center of transportation. Some build their houses up the trees for security reasons from the enemies due to the bagani system of governance. Their cycle of survival/sustenance is dependent on a very primitive agriculture, fishing, and most probably a little amount of barter trade, if there was any. Their cycle of worship is centered on diwata system. Among themselves were singled out gifted women of good standing in the community, and they were chosen as balyans (the dancing priestesses) and the catalunans (the singing priestesses). From here on, we can draw an observation that LUMADs were paternalistic (of masculine influence) when it comes to governance [with the mention of bagani, datu,, rajah, etc] while the LUMADs were maternalistic (of feminine influence) when it comes to worship [with the mention of priestesses like the balyans and the catalunans].

The Mandayas are close to nature. In fact, they worship close to nature, for their love of the Mother Earth. Their primitive agriculture is based on “kaingin”. and, characterized by a nomadic attributes, they transferred from one place to the other, looking for the best soil for planting. Most men of the tribes were also indulging in hunting called “pangayam”.

Returning home, they are happy to share whatever hunt they gathered for they are generous with one another. In the LUMAD community, everybody has something to share and to offer. They make their clothing from the abaca fiber called “dagmay”. They have rituals to follow from the gathering of materials up to the weaving time. Only skilled persons are gifted in the dagmay weaving. They have their own dance, music, musical instruments, ornamentals, and system of marriage rituals. In general, the whole eastern Mindanao is a place of solitude, worship, and primitive way of life. The whole region of Mindanao is composed of about twenty-three to twenty five tribes. Davao Oriental Province is inhabited by about five indigenous tribes as mentioned above, like the mandaya, mansaka, manubo, tagacaulo, calagan.

The Mandayas believe on God and has a deep respect to nature especially the land. The land is sacred and holy. Man will die but the land remains. In principle, the Mandaya believes that land is not to be owned because man is only a steward.  The Mandaya has high regards to women proven by the role of the balyans (dancing priestess) and the catalunans (singing priestess) in the community.

The LUMAD cultural dance reveals the sacredness of the land; they use barefoot in dancing to express their nearness and closeness to the land; they have a dance in moments of joy, sadness, and hatred. They chant “dawot” to retell stories of the past by oral tradition.

Upon the arrival of the Spaniards in AD 1521 headed by the Portuguese Conquistador Ferdinand Magellan, with his chronicler “Pigafetta”, this southeastern part of Mindanao was called “Calaghan Island”. And according to the historian Combes, its etymology comes from the word “Calag” which means “spirit or soul) therefore, “Calaghan island” is an island of “spirited” men. That’s why in the seventeenth century the whole territory of Caraga Province created in AD 1609 from Surigao to Sigaboy, was called “regio de gente animosa”, that is, “region of spirited-men”. This courageous animosity was proven by the well known “Caraga Revolt”, a native Caragans’ uprising against the moro raids and the Spanish violent denomination.
​
But who were the people living in these Calaghan Island? By observation, therefore, what comes immediately to our imagination, is the first inhabitants of this island who were the mandaya, mansaka, manubo, mamanua, mangguangan, tagacaulo, etc. They were called invariably as “caragans or calaghans!” At the turn of the centuries, our muslim counterparts of this island maintain and applied it as an “exclusive name” to their muslim tribe; but such was an “inclusive name” of the tribes in the very beginning. 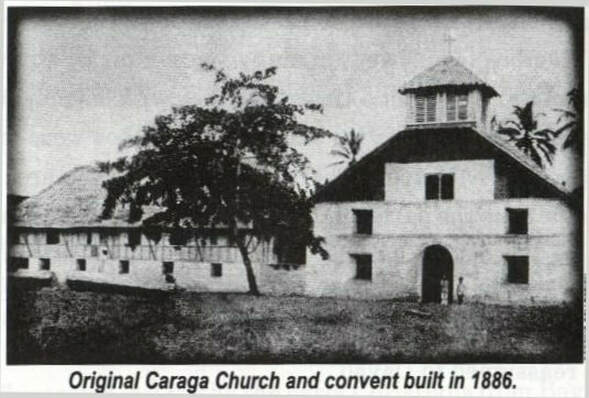 Early Spanish exploration of Davao area can be traced back to 1528 when Saavedra visited the Sarangani islands in the southwestern entrance to the Davao Gulf He coasted along the shores of Davao Oriental where he established the first settlement, that of Caraga.

The early missionaries later settled in places like Caraga, Baganga, Cateel and the nearby areas, baptizing, giving the sacraments, building churches and convents. Some of these old structures can still be found today, and some of them are still serving their Christian communities.

​The missionaries from the 16th to the 19th centuries of the Philippine History, who were sent for mission to this island called “Caraga Province” in 1609 ranging from the tip of Surigao to Cape St. Augustine of Sigaboy, were the prime movers of the creation of towns and villages under the governance of the “Incomienda system”. The first of these towns which are latter called as “municipalities are: Caraga, Cateel, Baganga, Manay, Mati, Sigaboy These mentioned municipalities of Davao Oriental are called the “the centennial municipalities”.

The native racial tribe Mandaya is concentrated in the whole eastcoast of Mindanao particularly the whole Davao Oriental area of the present times. The mandaya are proud of their culture and heritage. The mandayas are an honorable people, peace loving, respectful, docile, submissive and patient. Many wear their long hair. The “tigulang” is the most outstanding man in the tribe. They obey and consult him. They have legal code and penal customs. Idolatry, polygamy, and slavery are the rule among them. In age, a mandaya husband must buy his wife from the parents of the lady, serving them for period of four to six years. The spouse gives for his wife slaves, one being the minimum of this bride price. Besides the slaves, the suitor present pigs, tuba, rice, bolos and spears to the parents of the bride.

The first visayan settlers of Davao Oriental were brought forth by the spanish missionaries from the visayas who gradually intermarried with the local ethnic tribe.  Once their native counterparts were converted to Christianity, they come down from the mountains to form settlements along the seacoasts known as “pueblos” or “visitas”.

In 1846, upon the order of Gov. Gen. Narciso Claveria, Don. Jose Uyanguren, led an expedition to explore regions south of the Encomienda de Bislig which was at that time under the Province of Caraga. He also organized considerable inhabitants into municipalities like Baganga, Mati and Sigaboy. Don Jose Uyanguren defeated Datu Bago, a Bagobo chieftain, at Lapanday which incident marked the end of the Datu empire. That on February 27, 1849 in recognition to Don Juan Uyanguren’s successful conquest of Davao in 1846, the same Gov. Gen. Claveria decreed the partition of Caraga Province. The northern portion was named Surigao Province with Surigao town as its capital; the southern portion was named Nueva Guipozcoa (in honor of Gov. Claveria’s natal town in Spain) with Caraga town as its capital. Nueva Guipozcoa was latter renamed Davao.

In August 31 - Sept. 3, 1924 Caraga Convention, the municipal presidents of Caraga, Cateel, Baganga, Manay, and Mati approved a resolution petitioning the higher authorities concerned to declare Eastern Davao “the contracosta” as a sub-province to be called “Plaridel”. The petition was favorably endorsed but only remains a promise of administration.

​By 1945, after Second World War under the Japanese Occupation, the bigger influx of immigrants arrived in Davao Oriental. Immigration from the Visayas, Luzon and other parts of Mindanao arrived this eastern Davao area through the coming of the logging concessions and industry. Intermarriages and new forms of businesses also emerged as one of the many factors of the growing population of Davao Oriental. In the year 1956, Congressman Ismael Veloso of Davao passed a bill in Congress creating Davao Province. He proposed the separation of the municipalities of Lianga, Hinatuan, Bislig, and Lingig from Surigao Province to be combined with the contracosta towns. Unfortunately, the bill failed the approval of the Senate. He then passed another bill dividing Davao into three provinces. The bill was approved in the Lower House but failed the Senate approval. Congressman Lorenzo Sarmiento revived the bin in 1965. This time, the bill fmally passed the lower house and the senate with the help of Senator Alejandro Almendras. Then the Republic Act No. 4867 brought about the birth of the PROVINCE OF DAVAO ORIENTAL.    ​ 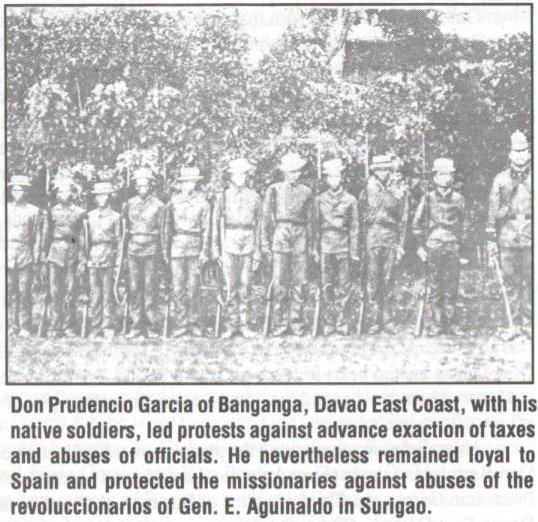 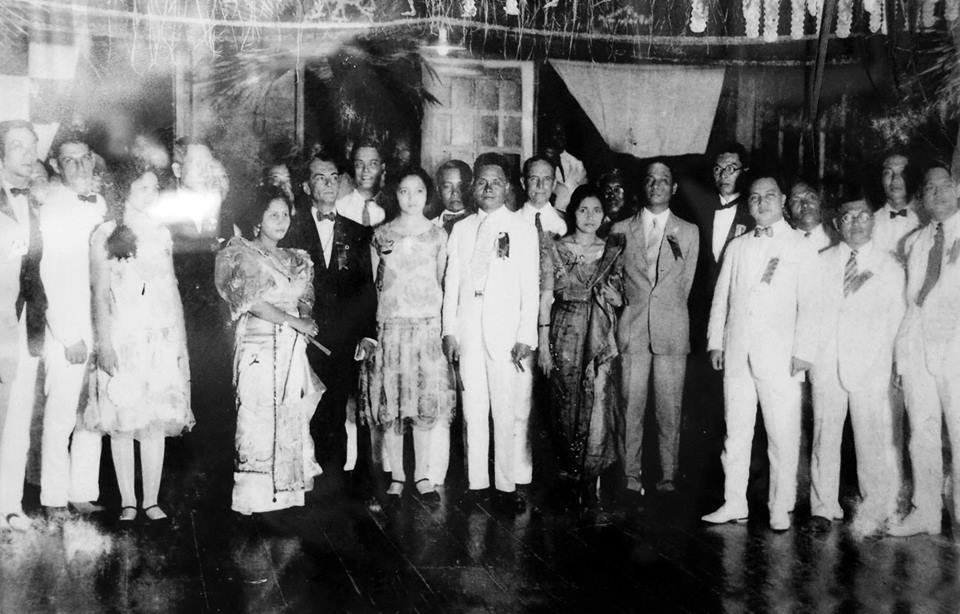 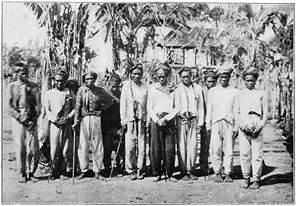 ​The Creation of the Province

Davao Oriental Province comprises the eastermost portion of Mindanao, of which Pusan Point of Santiago, Caraga is the eastermost vantage point of the Philippines. It covers a land area of 5,146 square kilometers….Davao Oriental survived from the hands of the elected officials of the province through the years.

After a landslide victory during the May 2007 elections, Hon. Corazon T. Nuñez-Malanyaon was officially sworn in as Governor last July 1, 2007. She completes her full three-term as governor in 2016.

During the 2016 election, then Congressman of the First District of the province, Nelson L. Dayanghirang won as the next governor under the ticket of Kusog Davao Oriental.

HISTORY OF THE DIFFERENT TOWNS OF DAVAO ORIENTAL